Sam Nachum was born on a small mountain village named Malcha in Jerusalem, Israel. As a child he was very drawn to artwork spending much of him time carving highly detailed animals from wood and making art with what little medium he had.

At the age of 18 he met his wife Dana who was on a youth trip with her synagogue from Kansas City, MO. Although he did not speak English and she barely spoke Hebrew the two spent almost her entire trip together. They wrote back and forth for years with limited communication and saw each other only once in the three years that Sam had to finished the army. After the army Sam purchased a one way ticket to see Dana. Sam arrived having no luggage, knowledge of the language, of the culture, or means to purchase a return ticket. Sam earned his United States citizenship and then married Dana in 1978.

In 1992 during a trip to Israel Sam started to have very serious neck pain. After extensive testing it was determined that surgery was necessary. Sam had a hard time finding a doctor who would take the liability of performing it. Sam’s long time friend Dr. Eric Phillips performed the surgery in Omaha, Nebraska. The surgery was successful and Sam spent the next year in bed in Kansas City. During this time in bed Sam spent much of his time watching the world news as the rock throwing in Israel began. He wanted to take those stones from Jerusalem and bring them to those who will appreciate it and not abuse it. The thought was to take something negative and show its warmth and beauty to share with Israeli’s and Palestinian’s alike.

After not working for nearly two years and having a broken neck in bed Sam decided that he had to bring that stone to America. He mortgaged the house. Was issued a neck brace and purchased tickets to Israel. Sam and Dana met with the largest producing stone factories both Israeli and Palestinian owned, neck brace and all, and began to form great relationships that they hold still today. Since then, Sam’s neck has fully recovered. In 2004 his son Ben joined the company. 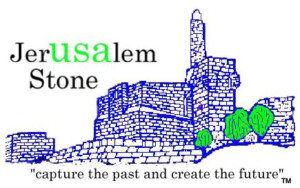 A shop in Kansas City, Missouri.
Providing natural stone from Israel.
Since 1995. 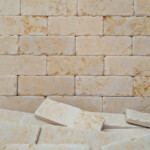 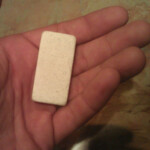 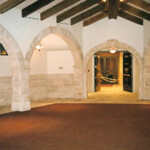 – Examples of Our Work – 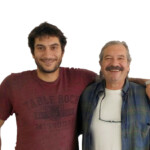 Everything we do we believe in connecting people to create and promote peace. We believe in functioning together, thinking differently, building relationships that protect Israel and improve the lives of the people living near its borders. We believe and share the idea that friendship is a medicine of life. We can work together and not destroy each other. This is something that we believe in. As a result we provide the most beautiful stones in the world to our customers.

Below are several stained glass pieces created by Sam Nachum.